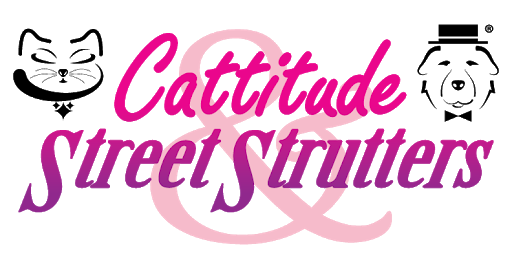 In Memory of How It All Began_

About Us & social giving

Hi! My name is Mr. Sparky. I'm the handsome Siamese in the picture and was the first Mascot at Brooklyn Cattitude. At almost 25 years old, I have some senior related health issues. I don't hear very well, have high blood pressure, and need fluids on a daily basis to help my kidneys work better. Thanks to the pet care specialists who work at Brooklyn Cattitude, I have a really great quality of life that I share with my human, a very large dog named Notee, our Street Strutters Woof Woof COO, a small dog named Max who thinks he's a big dog and wants to be the COO, and my cat brothers and sister, Lucky Livingston, Tony, and Frankie Beans.

Speaking of my human, her name is Taryn and she is the founder of Brooklyn Cattitude & Street Strutters Pet Care, Inc. Taryn is special, not just because she's my human, but because she's passionate about the work she has done with animals since she was a little girl living in the Midwest and throughout her travels around the world.
Born from a drive to make a difference…
After moving to New York, Taryn began aligning herself with local rescue and adoption groups. She also volunteered at local animal shelters and worked at both Crown Heights Animal Clinic as a tech assistant and Prospect Park Animal Clinic in Park Slope. It was during her time at PPAC where she was trained on how to appropriately care for companion pets, especially those that had special needs. She learned from speaking with many of the PPAC clients, they wanted someone to come to their home and care for their beloved pet. Taryn saw an opportunity to combine her love of caring for animals, her veterinary clinical experience and her MBA degree skills.
And so we began…
She began offering pet sitting and tech care services to the Brooklyn and Manhattan communities, building Brooklyn Cattitude & Street Strutters one client at a time. That was 16 years ago. The business has grown significantly but continues to customize every service experience with a focus on the needs of the fur kid entrusted in our care.
Taryn's favorite reminder to the team, "We will never be too big to say thank you to each client we are privileged to service."
Your peace of mind is what's important…
Brooklyn Cattitude & Street Strutters Pet Care is made up of a team of dedicated and professional animal lovers, so whether we're looking after your cat, walking your dog, or clipping your bunny's claws, your precious pet is in safe hands. We know the decision to leave your fur kids in someone else's care is a HUGE one, and we want you to be confident in that decision. When you entrust us with your pet's care and let us into your lives, it won't take long before you realize why the business has so many delighted clients.
Before you leave this page, check out our YELP reviews and find out why our clients like us.

In Loving Memory of Notee and Livingston Together Forever

Notee Michael Oliver Hunter
(December 10, 2008 - June 16, 2021)
Almost 12 years ago to the date, Notee came into my life as a private dog boarder because he had kennel cough and his previous owner could not take him to his regular boarding facility. As he walked up the stairs to the 2nd floor, he acted like he had been there before and then turned around and looked at me as if to say, are you coming with me. I don't know how I knew but I knew on that day that he would become my new partner in badass Brooklyn behavior and all things great that dogs bring into our lives.

7 months later, his previous owner decided he got too big and she needed to re-home him. I happily agreed to become that forever home until death do one of us part. Too me, he was always the right size, bark at nothing and everything kind of dog, stop and sit on the sidewalk if he wanted to meet you, expect a hug and nose kiss upon every departure and return, and yes, a great fur stool to run your toes on at the end of a very long day.

He met many along his journey and with the exception of a few unfriendly dog humans, mailmen and women, and delivery people on bikes, he brought a smile to many faces and shared a lot of love with family, friends, other dogs, cats especially and me. I always wondered if I lived up to his expectations because he went way beyond mine.

We fought hard these last couple of months after he collapsed on a walk with my brother and we later learned he had a stroke and then went into kidney failure. He seemed to handle it all in true Notee style while his humans prepared for his end of life needs and departure. We made every day special, including adding more of his favorite food items like ice cream to the mix.

We won the battle against kidney failure because his blood test on Monday showed a 33% improvement taking him back to stage 2…vets said this rarely happens but it's proof you can't give up just because the numbers suggest it's over. He could no longer walk and told me on his terms he was ready to cross that rainbow bridge, quietly and with much dignity.

Notee was more than a dog, he was my best friend, a constant companion and the calm in every storm I had these last few years. He kept my heart open and I loved him and will miss him for the rest of my days on the planet.

Livingston Charles Hunter
(2008 - June 18, 2021)
Livingston Charles "Lucky Live" for short, came into my life 13 years ago when our universe collided as he darted across Flatbush Avenue and hit my car…yes, I hit him with my car driving home from work.

As I was putting a blanket on him that I had in the car, he woke up and proceeded to give me a piece of his mind, clearly annoyed that I had invaded his space on the street. He never let me forget how we met and he had me wrapped around his paw from day 2. Like Notee, Livie made a lot of friends along the way. He was not a normal cat from the beginning.

He ran the house! And was always alpha cat when it came to keeping the dog pack in order. He would greet any visitor at the door and size you up in seconds. If he liked you, he would hop up on a lap and chat you up for hours at a time and expect a treat. Notee was my heart and Livingston was my soul… I don't have to tell you this has been a really bad week.

But, I also want all of you to know how much I've appreciated the support you've given through FB, old school phone calls and texts. I've been blessed to know unconditional love because of my furkids. And as painful as it is to say goodbye, I would not change any of the last 13 years with them…only wish for more time together.

We exist to make a difference to every one of the animals that touches our lives, whether that be the pets we take care of here in New York or rescue animals throughout the US. Our commitment is to extend our compassion and support even further than our beautiful city, to protect and champion animals in need across the globe.
We promise to always stand by our values:
• To use our platform as a professional animal care organization

to share our knowledge of pet care, as well as wider animal welfare issues.

• To always support the rights of animals, whether locally, nationally, or beyond.

• To give 100% to every animal in our care, and ensure our clients are

always confident that we can support and advise them in times of need.

• To continue to fight for the health and safety of rescued animals.

"Every animal deserves a happy and healthy life, and we will always speak out with compassion and respect for them, the voiceless."
Senator Chuck Schumer and our Founder, Taryn Hunter
A Letter from our Senator...
Dear Ms. Hunter:

Thank you for writing in support of the Help Extract Animals from Red Tape (HEART) Act of 2018 (S. 2633). I agree that we need to be doing more for those animals rescued from federal animal fighting cases.

As you know, the HEART Act would expedite the hearing process in which a rescued animal can find a safe home by reducing the minimum period the government must hold an animal from 60 days to 30 days. Additionally, the legislation would allow the court discretion to consider a claimant's ability to care for the animal, as well as their responsibility in regards to the initial seizure. These changes would prioritize the health and well-being of rescued animals, as well as hold those guilty of crimes against animals financially responsible for their care. While this bill has yet to be introduced in this current Congress, I will continue to track its progress.

Throughout my career I have sought protections for animals. In the 115th Congress, I cosponsored S.654, the Prevent Animal Cruelty and Torture (PACT) Act, which would have put additional penalties on individuals intentionally injuring animals, and the Prevent All Soring Tactics (PAST) Act would have created a new system for monitoring and penalizing potential horse abuse practices. Although these bills did not become law, I will continue to fight for them in this session of Congress, and will closely monitor any other bills that seek to protect animals.

Again, thank you for contacting me. Please keep in touch with your thoughts and opinions.

We Support Our Local Furry and Feather Partners 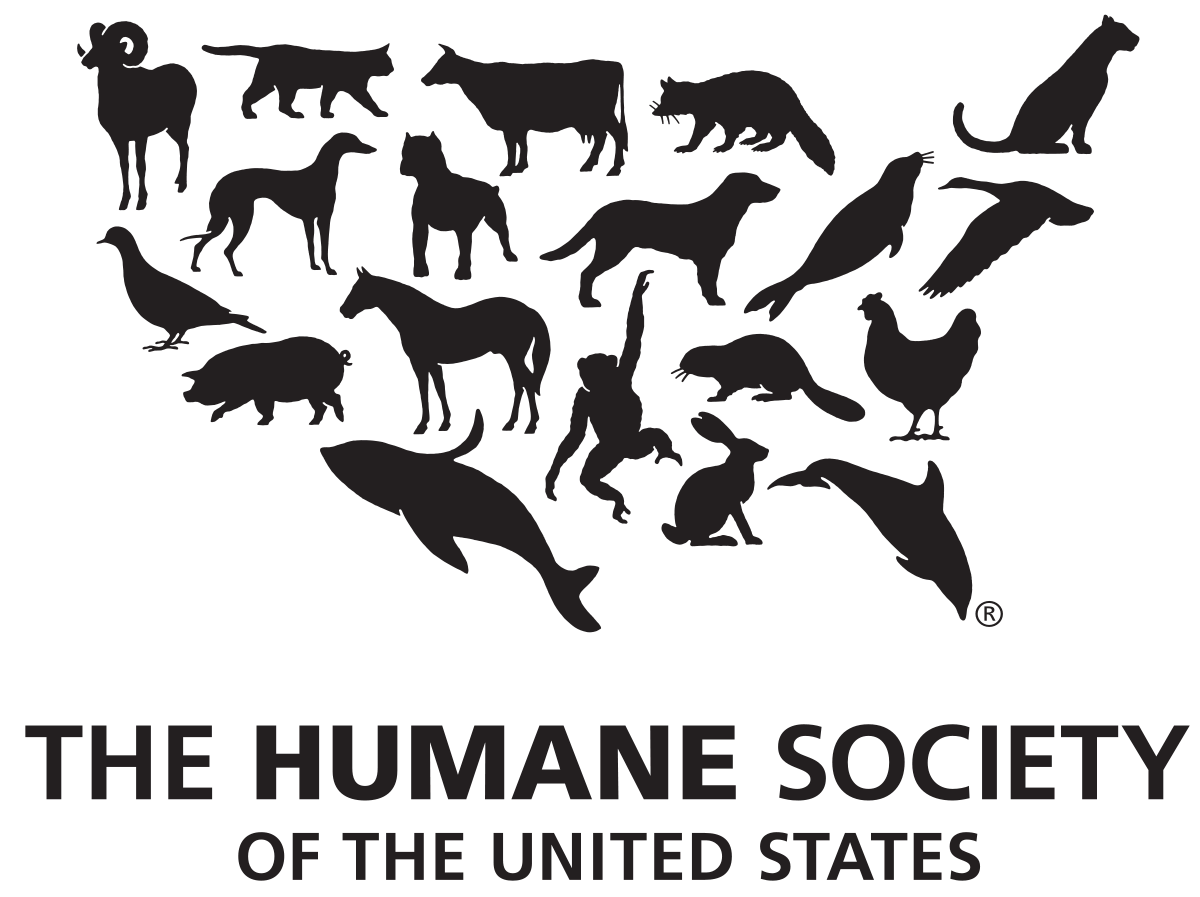